We need more women of color in government 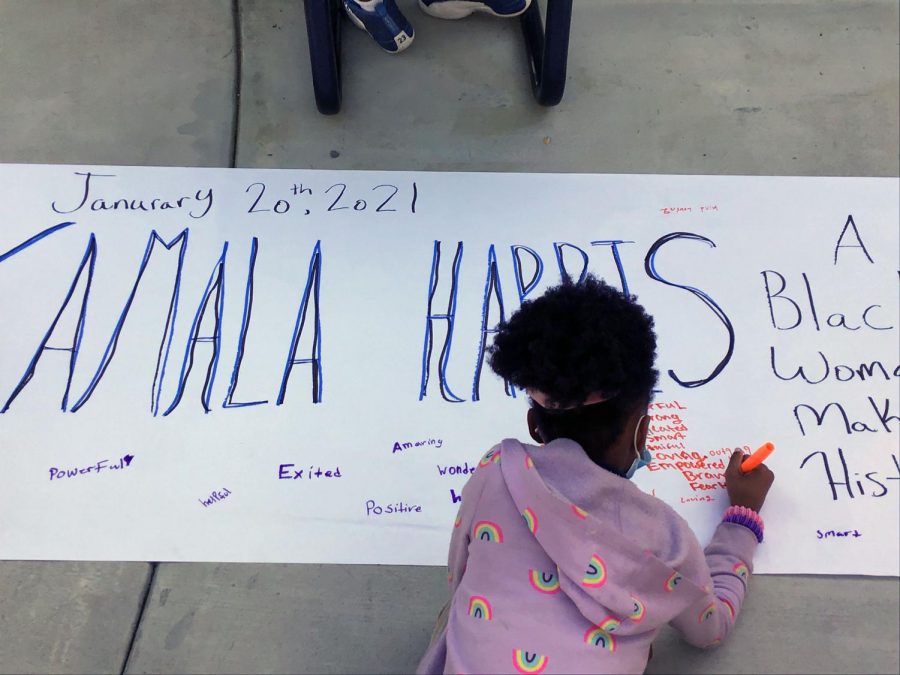 U.S. Sen. Kamala Harris was sworn in as vice president of the United States on Jan. 20, making her the first woman and woman of color to be elected to that position.

I got to celebrate this historic day with my ELA class by wearing pearls and writing letters to the new vice president. I felt empowered! This is a big deal. Seeing a Black woman becoming vice president for the first time made me proud to be a Black girl.

In my letter, I wrote about how thankful I was to see such a strong and powerful woman. But I have to wonder, why has it taken so long for a Black woman to be vice president? Why haven’t there been any women presidents? Why has there only been one Black president? Why isn’t Kamala president?

I don’t know a lot about the government, but I can tell that there aren’t a lot of women who look like me. In fact, I Googled facts about it.